Why Lipscani is the new Real Estate bubble of Bucharest

The market study we prepared and presented last week was the outcome of a long procedure. Two years of work, thousands of hours invested in this project. But at least we learned a lot, not only for the market itself, but also for the mechanisms that move prices, the psychology of market people, owners and retailers and even more.

Lipscani, a „special zone” in the heart of Bucharest
One of the areas which was least affected by the crisis was indeed the zone of the „old center” of Bucharest, Lipscani. Prices have fallen there just by 30% comparing to 2008, while some owners have even increased their expectations towards the previous years. This area is a special one in the heart of Bucharest and there are too many people who already started playing speculation games. But was it like this in the past too?

„Fighting with the gypsies”
Only few years ago, Lipscani was an area „with great potential” but also with too many problems. It was mainly occupied by gypsies (illegally staying), who were refusing to move. Many investors were trying to buy properties there, but their main initiative was the future, not the situation they were experiencing at that moment. It took many years (and lots of fights with different groups of people) to the State to clean up the area. Using European Funds, a serious sum of money was invested and when many new shops, bars etc opened, normal life returned to this part of the city as well.

„2009 – 2010 explosion”
When a city and a country enter into crisis, the first thing we notice is the change of trends in people’s life. Several shops closed or became „too expensive” for clients’ budget. Plus as the crisis continued, a critical mass of middle class Romanians started considering that expensive places with huge prices and people full of fite (vanity) do not represent them anymore. At that moment, Lipscani had started to be clean, full of new shops. It was not difficult to introduce a new trend. People moved to this area, enjoying the old center of the city, dressed without „rules”, receiving good prices too (sometimes). Metro stations are close, the problem of parking did not seem to be so dramatic, so in 2009 the explosion started and Spring and Summer of 2010 were for sure „the era of Lipscani”

A new bubble awaits victims to pay huge prices…
People tell me that „Lipscani will only rise”, or that „you don’t know the truth, Lipscani is the best place and it will become the hot spot of the city for the decades to come”. It might be the case, I don’t doubt. But there is a major misunderstanding here. We have already the same situation like in all Real Estate bubbles that burst in the previous years…

But, unfortunately for them, reality does not match to their wishes…

Why Lipscani is good, but it does not sustain too high rental prices

Lipscani is good, but don’t overestimate / overpay it
Lipscani is definitely a good location in Bucharest. But this does not mean that you should accept to pay crazy prices (http://www.zf.ro/eveniment/centrul-vechi-ar-putea-ajunge-numarul-1-in-chirii-din-bucuresti-7120168), hoping for huge profits (which will probably never come). Search for opportunities and if you don’t find them, simply do not proceed. I am 100% sure that this winter you will see several businesses witnessing survival problems.

Never forget: The success of few (professionals, experts in their activity, with low fixed costs) does not justify the investment of crazy amounts by everyone new who wants to enter in an area, or segment. Who has forgotten this rule, learned it the hard way, with losses. Of money, time, nerves and more…

And it is not time for unnecessary risks. Is it?

PS. If Lipscani grows, in the future we will see a strong demand for a new type of residential projects there. But this is a different discussion… 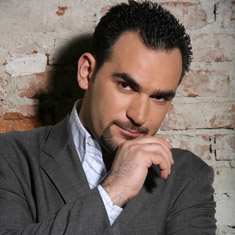